This is one of my stories that i wrote for igcse's narrative stories. I would really love for any feedback on it.252Please respect copyright.ＰＥＮＡＮＡN53t9wzx34 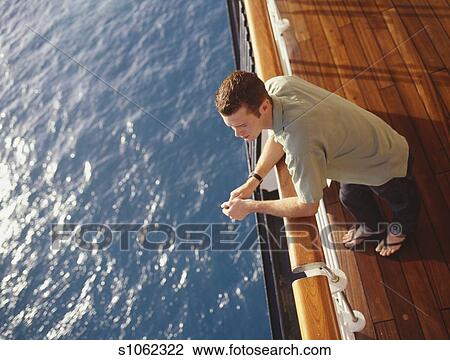 Ryan was in a bit of a pickle. Calling it 'a bit' might be a stretch. He was stranded on a ship in the middle of the ocean. Ryan closed his eyes in utter despair. He could not believe himself, to think he actually managed to board a ship to Austrailia by mistake when he was suppose to have sailed to America with his friends by now.8964 copyright protection248ＰＥＮＡＮＡGrZsh1EF8N 維尼

What a fantastic start to his summer.8964 copyright protection248ＰＥＮＡＮＡUFfb7WSL8r 維尼

He stared out from the railings on the top deck despondently, the raging waves caging him in from all sides. All of his meticulously planned rendezvous, all those night shifts saving up enough money to go traveling with his friends- all viciously butchered because of one little misprint. Maybe the world just hated him. Though as much as he wanted to sue the travel agency for getting him the wrong boarding pass, it was, he reasoned, in a way his fault for not double- checking even when advised to do so.8964 copyright protection248ＰＥＮＡＮＡbEMsIzVRAc 維尼

Sometimes, he hated how logical his own brain was.8964 copyright protection248ＰＥＮＡＮＡFPXxmioTuY 維尼

Granted, it certainly could have been worse, his friends could laugh at his careless idiocy all they want, at least he got to board a luxury ship of all ships by accident. In spite of its fairly mediocre look from the outside, the interior was almost ridiculously extravagant with mahogany floors and king-sized beds. Unsurprisingly, he stuck out like a sore thumb amongst the impeccably dressed passengers who were practically drowning in their designer clothes from head to toe. Ryan could feel their probing stare stinging his back like a constant itch that lingers no matter what you do; and disconcerted, he turned away, down the stairs to escape their leering- almost expectant gazes.8964 copyright protection248ＰＥＮＡＮＡzeF8MLaAPP 維尼

He paced around the cruise restlessly desperate to find a secluded spot to himself when he spotted a rusted metal door so removed from the corridor that he would have certainly missed it in the shadows, had he not been looking for it. Perfect. A door to the basement where he could finally be alone. He swung the metal door open, it's hinges groaning loudly and sighed in relief when he realized he was alone. There had been no explicit warning against entering the basement of the ship but Ryan had a faint inkling that he wasn't exactly welcome here. Either way it was best if no one found him right now.8964 copyright protection248ＰＥＮＡＮＡgMtpjyWTwR 維尼

Ryan looked around the basement curiously, the dim lights revealed stacks of rectangular boxes that filled up the entire colossal space, until there was barely space to move. He inched closer to the boxes, they all seemed to be filled with the same white powder. He reached out to touch the powder from one of the boxes that had ripped open and reeled back in shock. No wonder his nose had been stinging this entire time. He recognized the smell as the same poignant smell that emanated from the kids smoking pot at school. The amount of it was staggering. He stumbled back in terror. A cargo delivery this large meant there was no way the ship authorities were not in on it. Unbeknownst to Ryan, at that moment a shadow detached itself from the wall and the outline of a muscular leg swung out in an arch swiftly, slamming Ryan's head face first onto the ground. The last thing Ryan saw before he succumbed to the darkness was a group of polished dress shoes walking towards him. 8964 copyright protection248ＰＥＮＡＮＡqrbodYSxdR 維尼

Ryan's vision wavered and distorted before it finally focused into clarity. He was bound to the chair- both arms and legs made invalid by the unforgiving grip of the metal cuffs. Dread coiled around his body, snaking past until every inch of his body shook wildly, its venom rendering his ability to think futile. what in the world had happened? He could scarcely remember. The tapping of shoes reverberated throughout the basement and Ryan's head snapped upwards to see two men dressed in suits amble into the basement-252Please respect copyright.ＰＥＮＡＮＡvZ47s5BY39
8964 copyright protection248ＰＥＮＡＮＡwTKOQ8O9Ih 維尼

only to be followed by a third man.8964 copyright protection248ＰＥＮＡＮＡan1wYY2G7O 維尼

Ryan screeched against the gag in his mouth, desperately trying to warn his dad before it was too late. His dad's eyes surveyed the room and found him.252Please respect copyright.ＰＥＮＡＮＡ7DNCHpHpSp
8964 copyright protection248ＰＥＮＡＮＡCNyZqsQOMO 維尼

The realization slammed into Ryan with a force that shook him from head till toe. It was no mistake he had boarded this ship. It was no wonder he had felt so unsettled by the fellow passenger's gazes. They were uncomfortable- but familiar. The same gazes of his dad's business partners, probing and assessing. Ryan's dad smiled wider, flanked by men on both sides.252Please respect copyright.ＰＥＮＡＮＡDJthSsv2Mz
8964 copyright protection248ＰＥＮＡＮＡEUc2JoJ683 維尼