I’m sure some Sakura fans are reasonable, so this isn’t about you. 8964 copyright protection83ＰＥＮＡＮＡN1wPy33fIw 維尼

Sakura fandom never ceases to amaze me with the cultivated stupidity they flaunt at people as some kind of next-level neo-woke-ism. Also, apparently, people who dislike Sakura are deep-seated misogynists, rape apologists, and racists (I’ve been called all three); and Sasuke’s a rapist who sexually demonized Sakura and Ino for his own pleasures. Amazing! And what a shocker that the artist of the “beheading of Sasuke” drawing is a super-woke white woman (with customary statement-making face-piercings that shatter patriarchy to pieces) who’s also a Tumblr poster! I’m shocked. Bloody shocked! (sarcasm) At this point, these white feminists are behaving exactly like the caricatures the damn Incels keep creating out of them. A self-fulfilling prophecy. Man, someone needs to burn internet feminism to the ground. It ain’t healthy ’cause all of you bitches are fucking crazy! 8964 copyright protection83ＰＥＮＡＮＡR0WWdZlqf7 維尼

There can only be two reasons behind this: one) they’ve never read Canon and memes, random drawings, and Wikipedia are their source of information; two) they were never illegible to pass middle-school as Canon is bloody tough for them to parse. Can someone tell me as to which Canon these hollering gibbons keep on referring to? I can’t locate it ’cause Sasuke’s never even talked to Ino. Not even once, even though she did hug him without his consent in Part I. He only frowned and said nothing. 8964 copyright protection83ＰＥＮＡＮＡcMMEPJgJMO 維尼

And Sakura pretty much had it coming–she needed a nice foot up her bum several times throughout the course of her unwanted sexual harassment of Sasuke; Kage Summit was literally the peak of Sasuke’s (heck, every decent reader’s) patience. I can’t blame him for clapping back at her. Sorry, but she deserved it. You talk shit; you get hit. It’s the rule. (Vegeta knows it, too.) Does she cry? Big whoop. She can’t handle being a Shinobi? Better send her back to the kitchen (no, I sincerely mean that, ’cause if she can’t act like a shinobi, what’s she good for? Making ugly faces while she cries about her suffering over loving Sasuke?). If she can’t handle fieldwork, why the fuck’s she a Shinobi in the first place? 8964 copyright protection83ＰＥＮＡＮＡgPBDbmfpIH 維尼

None of us read Naruto to see her mug streaming out an ocean worth of tears over Sasuke (and his cold and rapist penis) at every turn or Hinata’s fucking annoying stuttering. Really, we didn’t. I don’t know why Kishimoto even bothered, but both of them should’ve been killed off to spare us all this cock and bull story-spinning their fans keep ejecting out of their backsides like some kind of cold hard facts on the human condition. I mean it as they add nothing to the narrative. Heck, Neji could’ve been alive, you fuckers! Imagine …8964 copyright protection83ＰＥＮＡＮＡOecCxYrjKC 維尼

I don’t understand: how can people trivialize rape? How is rejection equal to sexual violence? How is disliking Sakura equal to misogyny, rape apologism, and racism (I got called a racist not two days back for disliking Sakura)? How does Tumblr even function? Really, Sakura (and Hinata) Fandom is the worst fandom in Naruto. Hands down. I don’t even dislike the character, but my God, fucking nutters! Now, I’m a racist for disliking Sakura. Do you hear that? A racist! What’s next? I support animal cruelty, slavery, genocide, ecocide, pedophilia, capitalism, MRA, etc.? Keep on piling it up. What is this cartoon-network football world-cup of the country? Jesus … why can’t you all just be normal?8964 copyright protection83ＰＥＮＡＮＡm9WfQtjZ3p 維尼 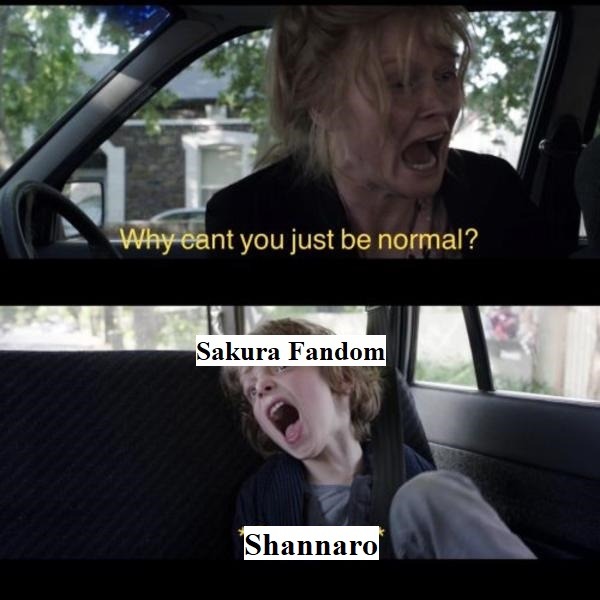 Login with Facebook or Sign up/Login to comment or bookmark!
< Prev Issue
Next Issue >
Click to load the next chapter
Be the first to like this issue!
X
dushman-e-jaan - Anti-Sakura
Essay
Manga
Last updated: Oct 29, 2020
Total word count: 39,954
Total reading time: 185 Minutes
Writer:

Seraphina Uzumaki
No tags yet.
X