Hi! Welcome to my third and final book in the trilogy! I hope you've enjoyed the other two books so far :). This is the final book, and I promise, it'll be a pretty good ending.  This book is NOT rated M, but there's gonna be violence, blood and kissing, but all very mild. I wanted to let you know, I  might be posting photos from the Maze Runner movie and online, but not all chapters. I thought it'd just be nice to take a look of what is the settings, characters, etc, of my story. But since this is my own creation, not all can match up with the movie!  Also, this is going to get really short, but filled with crazy details, because I have a life out of Quotev, and schoolwork's getting more. Below are the links to the other books prior to this(THEY DO NOT HAVE PICTURES, SADLY) Anyway, enjoy! Click this link to meet my OC for this book: MY OC's IN MY BOOKScopyright protection61ＰＥＮＡＮＡXUtyOVQMTG 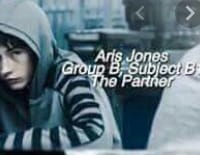 Aris had sat in dread for seven hours, his hand closed around Sonya's. He'd tried quite a few times to rise and even knocked a guard unconscious with the Launcher but was restrained afterward.  When they'd finally arrived at the WICKED's headquarters, the first thing the guards did was usher them out, as he gaped, it was now entirely guarded and barred. Ava Paige glared at him, as just a guard was about to shove him through a pair of automatic double-doors, tearing him from Sonya's grasp.copyright protection61ＰＥＮＡＮＡjegyXzctTT

"Why did you flee?" she said sharply. "Didn't you know that was a Variable?"copyright protection61ＰＥＮＡＮＡIZydUwixUs

"Course not!" Aris snarled, balling up his fists. The guard shifted in between them, . "How would I know?"copyright protection61ＰＥＮＡＮＡhg12xl0xLa

"You..." Chancellor Paige shook her head in disappointment. "You're a pretty clever boy, you know, and still is." She turned on the guard. "Put him directly into one of the vacant rooms. We'll begin testing as soon as he is ready." She also then stormed off, as the guard shoved away.copyright protection61ＰＥＮＡＮＡmOjnYS9uA5

He seized Aris's arm and dragged him down a hall, flinging him directly into a ugly, white-walled room. A few minutes later, the guard flung a set of garments at him. "The chancellor would like you to have those clean garments, so we'll know which subject you--"copyright protection61ＰＥＮＡＮＡA6O0VWt8HT

"I am not a subject, nor your property," Aris snapped icily. The guard's fingers became tense, closing around the weapon. "No one is your property, except maybe yourselves is WICKED's property." He was gripped with unendurable rage. "Don't you know what I've undergone during my memory-dreams? I've seen myself and I am not part of you anymore."copyright protection61ＰＥＮＡＮＡ1u49MMyNPI

The guard glared at him, shoving him away. "Yes, you are. Did you know you can assist us in developing a cure? You should be like Teresa, always willing to assist us in discovering a miracle--the cure, and if you did, then you wouldn't have to become our property anymore."copyright protection61ＰＥＮＡＮＡqPzyHWzYeE

He then slammed the door, securing it behind him, telling him that he wanted to see Aris in the shirt and pants in fifteen seconds. Aris shoved on the wrinkled garments, why did a little untidiness matter when he was bound to die anyway? But he still pulled it on, not wanting to have any arguments with the guards and realized it marked him as Property of WICKED.copyright protection61ＰＥＮＡＮＡ2G0EDkNTYV

He finally allowed his eyes to sweep around the room, take in his surroundings. There was a single bed with bland sheets  in one corner, a single lightbulb illuminating the room from the ceiling, and a closed-door leading to a bathroom, the dressers containing no garments.  There were windows revealing scientists sauntering back and forth, but as proven as he hurtled the drawer to the window, that it was shatterproof.copyright protection61ＰＥＮＡＮＡKegoP0p05j

The guard returned with a tray of food. Aris was so disgusted at the sight of the food. Some grain in water, and there wasn't even a decent, clean spoon. It looked like some old spoon, being discovered from ruins back in the Scorch and began wolfing it down.copyright protection61ＰＥＮＡＮＡT5VDjVmwXT

Then he realized with a combination of remorse and anger. Who was the devouring this food? They could have easily poisoned it. He flung the bowl of gruel at the wall, watching the bowl as it shattered against the wall with a satisfying thunderous sound. Kicking away the food in disgust, he pounded his fists on his walls.copyright protection61ＰＥＮＡＮＡ4pj1n32dmO

Login with Facebook or Sign up to comment or bookmark!
< Prev Issue
Next Issue >
Click to load the next chapter
Be the first to like this issue!
X
Pieces of Puzzle: The Rebellious Subjects
Fanfiction
Last updated: Oct 24, 2020
Total word count: 10,009
Total reading time: 46 Minutes
Writer: